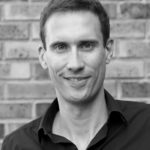 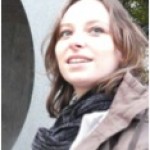 Maintenance of plasma IgM levels is critical for immune system function and homeostasis in humans and mice. However, the mechanisms that control homeostasis of the activated IgM-secreting B cells are unknown. After adoptive transfer into immune-deficient hosts, B lymphocytes expand poorly, but fully reconstitute the pool of natural IgM-secreting cells and circulating IgM levels. By using sequential cell transfers and B cell populations from several mutant mice, we were able to identify novel mechanisms regulating the size of the IgM-secreting B cell pool. Contrary to previous mechanisms described regulating homeostasis, which involve competition for the same niche by cells having overlapping survival requirements, homeostasis of the innate IgM-secreting B cell pool is also achieved when B cell populations are able to monitor the number of activated B cells by detecting their secreted products. Notably, B cell populations are able to assess the density of activated B cells by sensing their secreted IgG. This process involves the FcγRIIB, a low-affinity IgG receptor that is expressed on B cells and acts as a negative regulator of B cell activation, and its intracellular effector the inositol phosphatase SHIP. As a result of the engagement of this inhibitory pathway, the number of activated IgM-secreting B cells is kept under control. We hypothesize that malfunction of this quorum-sensing mechanism may lead to uncontrolled B cell activation and autoimmunity.

The homeostatic control of lymphocyte numbers provides the immune system with a basic mechanism that shapes the repertoire of the immune-competent cells and therefore, the capacity to respond to exogenous antigens as well as […]