e.g. searching for members in projects tagged cancer
Search for
Count
IN
OUT
Content 1
Content 2
Search
Go back
Scroll to top
Share
Binding of IFT22 to the intraflagellar transport complex is essential for flagellum assembly
Discovery and Further Studies on Giant Viruses at the IHU Mediterranee Infection That Modified the Perception of the Virosphere.
© Research
Publication : The New phytologist 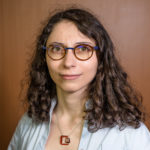 Quantitative disease resistance, often influenced by environmental factors, is thought to be the result of DNA sequence variants segregating at multiple loci. However, heritable differences in DNA methylation, so-called transgenerational epigenetic variants, also could contribute to quantitative traits. Here, we tested this possibility using the well-characterized quantitative resistance of Arabidopsis to clubroot, a Brassica major disease caused by Plasmodiophora brassicae. For that, we used the epigenetic recombinant inbred lines (epiRIL) derived from the cross ddm1-2 × Col-0, which show extensive epigenetic variation but limited DNA sequence variation. Quantitative loci under epigenetic control (QTLepi ) mapping was carried out on 123 epiRIL infected with P. brassicae and using various disease-related traits. EpiRIL displayed a wide range of continuous phenotypic responses. Twenty QTLepi were detected across the five chromosomes, with a bona fide epigenetic origin for 16 of them. The effect of five QTLepi was dependent on temperature conditions. Six QTLepi co-localized with previously identified clubroot resistance genes and QTL in Arabidopsis. Co-localization of clubroot resistance QTLepi with previously detected DNA-based QTL reveals a complex model in which a combination of allelic and epiallelic variations interacts with the environment to lead to variation in clubroot quantitative resistance.