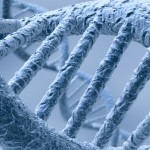 Mycobacterium tuberculosis is a major, globally spread, aerosol-transmitted human pathogen, thought to have evolved by clonal expansion from a Mycobacterium canettii-like progenitor. In contrast, extant M. canettii strains are rare, genetically diverse, and geographically restricted mycobacteria of only marginal epidemiological importance. Here, we show that the contrasting evolutionary success of these two groups is linked to loss of lipooligosaccharide biosynthesis and subsequent morphotype changes. Spontaneous smooth-to-rough M. canettii variants were found to be mutated in the polyketide-synthase-encoding pks5 locus and deficient in lipooligosaccharide synthesis, a phenotype restored by complementation. Importantly, these rough variants showed an altered host-pathogen interaction and increased virulence in cellular- and animal-infection models. In one variant, lipooligosaccharide deficiency occurred via homologous recombination between two pks5 genes and removal of the intervening acyltransferase-encoding gene. The resulting single pks5 configuration is similar to that fixed in M. tuberculosis, which is known to lack lipooligosaccharides. Our results suggest that pks5-recombination-mediated bacterial surface remodelling increased virulence, driving evolution from putative generalist mycobacteria towards professional pathogens of mammalian hosts.