Patho-epigenetics: histone deacetylases as targets of pathogens and therapeutics 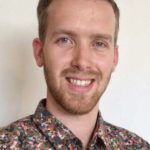 In recent years the interplay of epigenetics and infection moved into the limelight. Epigenetic regulation describes modifications in gene expression without alterations of the DNA sequence. In eukaryotes, this mechanism is central for fundamental cellular processes such as cell development and differentiation, but it is also involved in more specific tasks such as the response to infection by a pathogen. One of the most common types of epigenetic changes is the modification of histones. Histones, the small protein building blocks that are wrapped with DNA are the fundamental packaging unit of chromatin. Histones can be modified by linking different moieties to them—one of the most abundant ones is acetylation. Histone acetylation is regulated by two main classes of enzymes, histone acetyl transferases (HAT) and their counterparts, histone deacetylases (HDAC). Given the high abundance and importance in regulating gene expression, histone acetylation is an excellent target for pathogens to manipulate the host cell to their advantage. Targeting HDACs gained particular interest in recent years, due to the increased use of HDAC inhibitors in clinical practice. Recently, the possibility to fight an infection with HDAC inhibitors was suggested as an alternative to overcome the ever-growing problem of antibiotic resistance. In this review we focus on the regulation of HDACs and their involvement in immune cell function. We then highlight different mechanisms employed by pathogens to manipulate histone deacetylases and we discuss the possibility of HDAC inhibitors as therapeutics to fight infections.