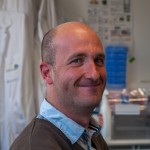 Mycobacterium abscessus is a pathogenic, rapidly growing mycobacterium involved in pulmonary and cutaneo-mucous infections worldwide, to which cystic fibrosis patients are exquisitely susceptible. The analysis of the genome sequence of M. abscessus showed that this bacterium is endowed with the metabolic pathways typically found in environmental microorganisms that come into contact with soil, plants, and aquatic environments, where free-living amoebae are frequently present. M. abscessus also contains several genes that are characteristically found only in pathogenic bacteria. One of them is MAB_0555, encoding a putative phospholipase C (PLC) that is absent from most other rapidly growing mycobacteria, including Mycobacterium chelonae and Mycobacterium smegmatis. Here, we report that purified recombinant M. abscessus PLC is highly cytotoxic to mouse macrophages, presumably due to hydrolysis of membrane phospholipids. We further showed by constructing and using an M. abscessus PLC knockout mutant that loss of PLC activity is deleterious to M. abscessus intracellular survival in amoebae. The importance of PLC is further supported by the fact that M. abscessus PLC was found to be expressed only in amoebae. Aerosol challenge of mice with M. abscessus strains that were precultured in amoebae enhanced M. abscessus lung infectivity relative to M. abscessus grown in broth culture. Our study underlines the importance of PLC for the virulence of M. abscessus. Despite the difficulties of isolating M. abscessus from environmental sources, our findings suggest that M. abscessus has evolved in close contact with environmental protozoa, which supports the argument that amoebae may contribute to the virulence of opportunistic mycobacteria.