Molecular Mimicry: a Paradigm of Host-Microbe Coevolution Illustrated by Legionella. 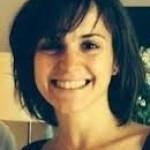 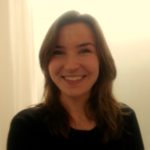 Through coevolution with host cells, microorganisms have acquired mechanisms to avoid the detection by the host surveillance system and to use the cell’s supplies to establish themselves. Indeed, certain pathogens have evolved proteins that imitate specific eukaryotic cell proteins, allowing them to manipulate host pathways, a phenomenon termed molecular mimicry. Bacterial “eukaryotic-like proteins” are a remarkable example of molecular mimicry. They are defined as proteins that strongly resemble eukaryotic proteins or that carry domains that are predominantly present in eukaryotes and that are generally absent from prokaryotes. The widest diversity of eukaryotic-like proteins known to date can be found in members of the bacterial genus Legionella, some of which cause a severe pneumonia in humans. The characterization of a number of these proteins shed light on their importance during infection. The subsequent identification of eukaryotic-like genes in the genomes of other amoeba-associated bacteria and bacterial symbionts suggested that eukaryotic-like proteins are a common means of bacterial evasion and communication, shaped by the continuous interactions between bacteria and their protozoan hosts. In this review, we discuss the concept of molecular mimicry using Legionella as an example and show that eukaryotic-like proteins effectively manipulate host cell pathways. The study of the function and evolution of such proteins is an exciting field of research that is leading us toward a better understanding of the complex world of bacterium-host interactions. Ultimately, this knowledge will teach us how host pathways are manipulated and how infections may possibly be tackled.