Long-term immunity against pertussis induced by a single nasal administration of live attenuated B. pertussis BPZE1 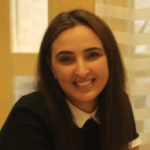 Duration of vaccine-induced immunity plays a key role in the epidemiology and in the pattern of transmission of a vaccine-preventable disease. In the case of whooping cough, its re-emergence has been attributed, at least partly, to the waning of immunity conferred by current pertussis vaccines. We have recently developed a highly attenuated live vaccine, named BPZE1, which has been shown to be safe and to induce strong protective immunity against Bordetella pertussis infection in mice. In this study, we evaluated the long-term immunogenicity and protective efficacy induced by a single intranasal dose of BPZE1. Up to 1 year after immunization, BPZE1 showed significantly higher efficacy to protect adult and infant mice against B. pertussis infection than two administrations of an acellular pertussis vaccine (aPV). B. pertussis-specific antibodies were induced by live BPZE1 and by aPV, with increasing amounts during the first 6 months post-immunization before a progressive decline. Cell-mediated immunity was also measured 1 year after immunization and showed the presence of memory T cells in the spleen of BPZE1-immunized mice. Both cell-mediated and humoral immune responses were involved in the long-lasting protection induced by BPZE1, as demonstrated by adoptive transfer experiments to SCID mice. These data highlight the potential of the live attenuated BPZE1 candidate vaccine as part of a strategy to solve the problem of waning protective immunity against B. pertussis observed with the current aPV vaccines.