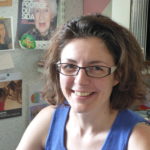 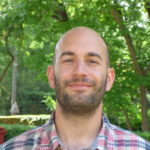 Spatiotemporal variations of neurogenesis are thought to account for the evolution of brain shape. In the dorsal telencephalon (pallium) of vertebrates, it remains unresolved which ancestral neurogenesis mode prefigures the highly divergent cytoarchitectures that are seen in extant species. To gain insight into this question, we developed genetic tools to generate here the first 4-dimensional (3D + birthdating time) map of pallium construction in the adult teleost zebrafish. Using a Tet-On-based genetic birthdating strategy, we identify a “sequential stacking” construction mode where neurons derived from the zebrafish pallial germinal zone arrange in outside-in, age-related layers from a central core generated during embryogenesis. We obtained no evidence for overt radial or tangential neuronal migrations. Cre-lox-mediated tracing, which included following Brainbow clones, further demonstrates that this process is sustained by the persistent neurogenic activity of individual pallial neural stem cells (NSCs) from embryo to adult. Together, these data demonstrate that the spatiotemporal control of NSC activity is an important driver of the macroarchitecture of the zebrafish adult pallium. This simple mode of pallium construction shares distinct traits with pallial genesis in mammals and non-mammalian amniotes such as birds or reptiles, suggesting that it may exemplify the basal layout from which vertebrate pallial architectures were elaborated.