e.g. searching for members in projects tagged cancer
Search for
Count
IN
OUT
Content 1
Content 2
Search
Go back
Scroll to top
Share
High-salt-recovered sequences are associated with the active chromosomal compartment and with large ribonucleoprotein complexes including nuclear bodies
The regenerating family member 3 β instigates IL-17A-mediated neutrophil recruitment downstream of NOD1/2 signalling for controlling colonisation resistance independently of microbiota community structure
© Andres Alcover
Scanning electron microscopy showing a conjugate formed between a T lymphocyte and an antigen presenting cell. It is worth noting the long shape of the T cell (Tc) polarized towards the antigen presenting cell (APC) and the membrane protrusions that adhere the T lymphocyte to the antigen presenting cell.
Publication : Journal of immunology (Baltimore, Md. : 1950) 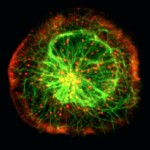