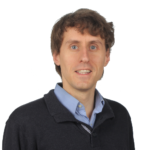 The mammalian cell nucleus contains numerous discrete suborganelles named nuclear bodies. While recruitment of specific genomic regions into these large ribonucleoprotein (RNP) complexes critically contributes to higher-order functional chromatin organization, such regions remain ill-defined. We have developed the high-salt-recovered sequences-sequencing (HRS-seq) method, a straightforward genome-wide approach whereby we isolated and sequenced genomic regions associated with large high-salt insoluble RNP complexes. By using mouse embryonic stem cells (ESCs), we showed that these regions essentially correspond to the most highly expressed genes, and to -regulatory sequences like super-enhancers, that belong to the active A chromosomal compartment. They include both cell-type-specific genes, such as pluripotency genes in ESCs, and housekeeping genes associated with nuclear bodies, such as histone and snRNA genes that are central components of Histone Locus Bodies and Cajal bodies. We conclude that HRSs are associated with the active chromosomal compartment and with large RNP complexes including nuclear bodies. Association of such chromosomal regions with nuclear bodies is in agreement with the recently proposed phase separation model for transcription control and might thus play a central role in organizing the active chromosomal compartment in mammals.