Excretion of Cell-Free and Cell-Associated Zika Virus into Breast Milk of Infected Dams and Identification of Antiviral Factors. 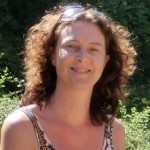 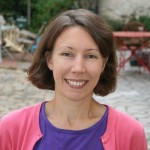 Zika virus (ZIKV) is a mosquito-borne RNA virus belonging to the Flavivirus genus of the Flaviviridae family. During the 60 years following its discovery in 1947, ZIKV caused little concern for public health as the associated infection was reported as mostly asymptomatic or inducing mild symptoms. However, since 2013, severe neurological symptoms have been associated with ZIKV infection, compelling the World Health Organization to declare a Public Health Emergency of International Concern. Among those symptoms, neurological birth defects may affect children born to mothers infected during pregnancy. Additionally, during the past 8 years, ZIKV transmission through breastfeeding has repeatedly been suggested in epidemiological studies and demonstrated on a mouse model by our team. To better understand the biological factors controlling ZIKV transmission through breastfeeding, we investigated the nature of the viral entities excreted in the breast milk of infected dams and evaluated viral transmission to breastfed pups. We show that both cell-free and cell-associated virus is excreted into breast milk and that ZIKV is efficiently transmitted to the breastfed pups. Additionally, we studied murine breast milk cell types, and identified a majority of mammary luminal cells. Finally, we investigated the effect on ZIKV infectivity of several breast milk components that are antiviral against different viruses such as lactoferrin (LF) and lactalbumin (LA), or free fatty acids (FFA). We showed no effect of LF and LA, whereas FFA inactivated the virus. These results bring new insight concerning the mechanisms of ZIKV transmission during breastfeeding and identify biological factors modulating it. These elements should be considered in risk assessment of ZIKV mother-to-child transmission.