Current approaches for TYMS polymorphisms and their importance in molecular epidemiology and pharmacogenetics. 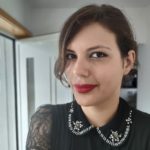 TS is critical for providing the requisite nucleotide precursors in order to maintain DNA synthesis and repair. Furthermore, it is an important target for several drugs such as 5-fluorouracil and methotrexate. However, several mechanisms of resistance to TS inhibitors have been explained as linked to TYMS overexpression. Some authors have described the relationship between genetic polymorphisms on TYMS, in particular rs34743033, rs2853542 and rs34489327, with the development of several diseases and with the clinical response to drug therapy and/or survival. Nevertheless, the obtained results described in the literature are controversial, which has lead to a search strategy to understand the impact of these polymorphisms on molecular epidemiology and pharmacogenetics. With the progress of these scientific areas, early identification of individuals at risk of disease along with improvement in the prediction of patients’ outcome will offer a powerful tool for the translation of TYMS polymorphisms into clinical practice and individualization of treatments.