e.g. searching for members in projects tagged cancer
Search for
Count
IN
OUT
Content 1
Content 2
Search
Go back
Scroll to top
Share
Changes in Systemic Regulatory T Cells, Effector T Cells, and Monocyte Populations Associated With Early-Life Stunting.
Integrative Study of the Structural and Dynamical Properties of a KirBac3.1 Mutant: Functional Implication of a Highly Conserved Tryptophan in the Transmembrane Domain.
© Research
Publication : Frontiers in cellular and infection microbiology

CT295 Is Chlamydia trachomatis’ Phosphoglucomutase and a Type 3 Secretion Substrate. 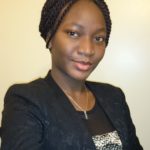 The obligate intracellular bacteria Chlamydia trachomatis store glycogen in the lumen of the vacuoles in which they grow. Glycogen catabolism generates glucose-1-phosphate (Glc1P), while the bacteria can take up only glucose-6-phosphate (Glc6P). We tested whether the conversion of Glc1P into Glc6P could be catalyzed by a phosphoglucomutase (PGM) of host or bacterial origin. We found no evidence for the presence of the host PGM in the vacuole. Two C. trachomatis proteins, CT295 and CT815, are potential PGMs. By reconstituting the reaction using purified proteins, and by complementing PGM deficient fibroblasts, we demonstrated that only CT295 displayed robust PGM activity. Intriguingly, we showed that glycogen accumulation in the lumen of the vacuole of a subset of Chlamydia species (C. trachomatis, C. muridarum, C. suis) correlated with the presence, in CT295 orthologs, of a secretion signal recognized by the type three secretion (T3S) machinery of Shigella. C. caviae and C. pneumoniae do not accumulate glycogen, and their CT295 orthologs lack T3S signals. In conclusion, we established that the conversion of Glc1P into Glc6P was accomplished by a bacterial PGM, through the acquisition of a T3S signal in a “housekeeping” protein. Acquisition of this signal likely contributed to shaping glycogen metabolism within Chlamydiaceae.