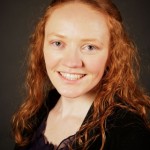 Candida albicans is a polymorphic yeast species that often forms part of the commensal gastrointestinal mycobiota of healthy humans. It is also an important opportunistic pathogen. A tripartite interaction involving Candida albicans, the resident microbiota and host immunity maintains C. albicans in its commensal form. The influence of each of these factors on C. albicans carriage is considered herein, with particular focus on the mycobiota and the approaches used to study it, models of gastrointestinal colonisation by C. albicans, the C. albicans genes and phenotypes that are necessary for commensalism and the host factors that influence C. albicans carriage.