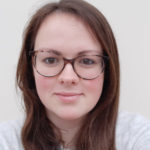 Tumor progression, invasion and ultimately metastasis result from interactions between cancer cells and their supporting stromal microenvironment. The tumor stromal microenvironment share many similarities with fibrotic stroma and comprises extracellular matrix components, as well as cellular components such as stromal cells (fibroblasts and myofibroblasts), blood and lymphatic vessels, and immune cells, which are collectively modulated by the tumor to allow progression and invasion. Our team is interested in the stromal crosstalk with tumor cells and immune cells, and how dysregulation of these interactions contribute to tumor progression and resistance to therapies.

Stromal cells developing in tumors can be visualized by staining with antibodies against PDGFRa, aSMA, FAP, gp38, desmin, vimentin, and other stromal markers. Our previous investigations highlighted the critical role of ADAM9 (A Disintegrin And Metalloprotease 9) in prostate tumor progression, by altering the tumor-stromal crosstalk through shedding of growth factors essential in tumor proliferation and differentiation (such as EGF and FGFR2iiib). A similar role was found for ADAM12, highly expressed by a subset of carcinoma-associated stromal cells.

Using different experimental approaches, including transcriptome analysis at the single cell resolution and unique genetic models we are further investigating tumor stromal heterogeneity and function in tumor immunity/progression and therapeutic resistance to anti-cancer treatments. We are interested in different tumor microenvironment, including breast cancer, pancreatic cancer and melanoma, as well as metastasis in the lymph node, lung and liver to assess stromal organ specificities.

Published on: 21 Jul 2015 • Modified on: 06 Mar 2021
We use cookies on our website to give you the most relevant experience by remembering your preferences and repeat visits. By clicking “Accept”, you consent to the use of ALL the cookies.
Cookie settingsACCEPT
Manage consent