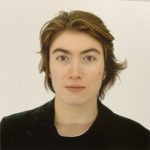 The ultimate goal of HIV-1 is integration into the host chromatin to optimize the release of high levels of viral progeny and discretely coexist with the host. To uncover the HIV-1 DNA fate in the nuclear landscape we directly tracked the viral DNA (vDNA) and the viral RNA (vRNA) by coupling HIV-1 ANCHOR technology with RNA FISH or MCP-MS2 RNA-tagging bacterial system. Our computational imaging analysis revealed that proviral forms are early located in proximity of the nuclear periphery of mitotic and non-mitotic cells. We also observed that HIV-1 infection prompts clustering formation of the host factor CPSF6 restructuring membraneless organelles enriched in both viral proteins and speckle factors. Interestingly, we observed that integrase proteins are retained in CPSF6 clusters, while the late retrotranscribed DNA was excluded from HIV-induced membranelless organelles (HIV-1 MLOs), indicating that those structures are not proviral sites, but orchestrate viral events prior to the integration step. HIV-1 MLOs are in the vicinity of pre-existing LEDGF clusters. Importantly, we identified actively transcribing proviruses localize, outside HIV-1 MLOs, in LEDGF-abundant regions, known to be active chromatin sites. This study highlights single functional host-proviral complexes in their nuclear landscape, which is markedly restructured by HIV-1 to favor viral replication.

Future studies: our findings indicate that nuclear membraneless organelles serve as niches for completion of RT, thus changing our understanding of the early HIV-1 replication cycle in macrophages, with possible implications for understanding HIV-1 persistence. Our recent exciting results about nuclear uncoating and nuclear reverse transcription completely change our view on HIV-1 early phases of the life cycle. Apparently, nuclear import precedes the complete uncoating and the reverse transcription can occur in nuclear HIV-specific membraneless organelles (HIV-1 MLOs), at least in macrophages. Does the nuclear reverse transcription represent and advantage for HIV? Is it correlated to an efficient replication? All these questions open new frontiers of research based on the role of HIV-1 MLOs on viral persistence and rebound, which represent the major obstacle to cure AIDS. Surely, new single-cell cutting-edge technologies are allowing and will continue to allow to build a new model of HIV-1 early steps.