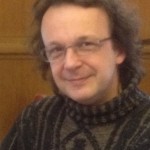 We report here the crystal structure of the catalytic domain of E(rns) of the Bovine Viral Diarrhea Virus (BVDV), the ribonucleolytic activity of which is believed to counteract the innate immunity of the host. The structure reveals a three-dimensional fold corresponding to T2 ribonucleases from plants and fungi. Co-crystallization experiments with mono- and oligonucleotides revealed the structural basis for substrate recognition at two binding sites previously identified for T2 RNases. A detailed analysis of poly-U cleavage products using 31P-NMR and size exclusion chromatography, together with molecular docking studies, provides a comprehensive mechanistic picture of Erns activity on its substrates and reveals the presence of at least one additional nucleotide binding site.

Structure of the E(rns) pestivirus glycoprotein from BVDV.

This work was supported by the French ‘Agence Nationale de Recherche’ (ANR, 05 MIIM 012 01), by Merck-Serono and recurrent funding from the Institut Pasteur and the CNRS. K.T. benefited from an Institut Pasteur ‘‘Bourse Roux’’ and then from an EU Marie Curie fellowship (MEIF-CT-2007-04725).