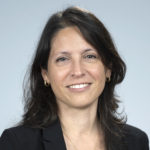 The distribution of cholesterol – in a gradient – is essential for compartments organization. Cholesterol distribution within the organelles should be tightly controlled but so far little is known on the dynamics its intracellular trafficking. Our recent work on Shigella has revealed that this pathogenic bacterium induces the reorganization of host cell cholesterol and the Golgi and recycling networks. Indeed, Shigella recruits cholesterol at its site of entry and later on, the bacterium impairs its normal distribution. Concomitantly, the Golgi complex and the recycling endosomal compartments are disorganized, leading to the inhibition of secretion and recycling in infected cells. This might have severe consequences on cell polarity and barrier function of the epithelium. This process involves at least three bacterial virulent factors: IpaB that binds cholesterol, IpaJ, that eliminates N-myristoylation of Arf1 and VirA that might inactivate Rab1, Arf1 and Rab1 being key actors of the Golgi complex. 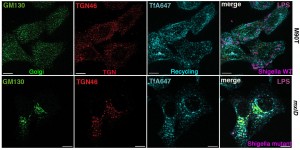 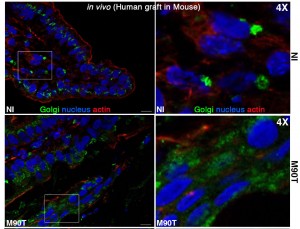