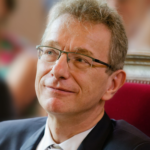 This project is devoted to sound communication and meaning. This mental activity grounds on processes whose description and explanation pertain to two areas that are very different to each other: biology (concerning communication between individuals belonging to the same species), and cultural studies (concerning musical activity). Following a highly interdisciplinary approach, we propose to combine these different disciplines in a unique way, in order to bring to light and understand in which way they contribute to each other in music perception and communication. At a time when biology is revisiting the notion of transgenerational biological transmission, it seems intriguing to question the frontier between biological and cultural transmission. Are these distinct processes? Or do they present some common features? We address these questions by focusing mainly on timbre perception, aiming also at establishing the theoretical and experimental bases for a larger research project on transgenerational transmission of these competences and their underlying cognitive mechanisms.

By admitting and following a reductionist approach to music, we can assume that single tones (i.e. notes) are the minimal elements communicating an elementary form of musical expression. A musical note differs from a generic sound or noise because it conveys some meaning – an aspect that depends on the specific cultural context where and when it is produced. Differences between sounds are brought to light by parameterization in terms of perceptual / physical properties like duration, pitch, loudness, and the spectral distribution of secondary partials (or harmonics). Differences in the amplitudes and distribution of harmonics, together with the specific way these amplitudes vary over time (the sound envelope), contribute to what is known as the timbre of the sound.

One of us (Alain Letailleur) investigated how musicians identify musical tones. Specificities on how different musicians store and memorize information concerning musical tones, as well as on how they reuse this information during performance, are very informative. Letailleur introduced the concept of mental anchor points, as the minimal mental activities (or the minimum degree of coexistence of mental micro-activities) that are required to identify musical notes. His aim was to classify and systemize the different components involved in the low-level mental processes (e.g., structures, strategies, operating modes, intentions, re-projections), which are at the basis of note identification in terms of its musical attributes (duration, pitch, loudness and timbre), i.e. of a specific signature for each given note. He showed that musicians use different mental anchor points to achieve the same result, for example the characterization of the notes.

We hypothesize that the identification of a meaningful sound might proceed in the same way, using the same mental anchor points used by professional musicians when they seek to spell notes. Given that the different mental anchor points reported by musicians during interviews should correspond to precise biological markers, we assume that these mental supports are similarly activated during the psychological process of timbre recognition, especially of the maternal voice.

This project will benefit from its interdisciplinary formulation by relating biological, psychological and cultural foundations of timbre perception. To understand specificities and commonalities in these complex processes, we will explore the role of mental anchor points in sound identification and recognition.  INTERMUSE will contrive a test aimed at measuring individuals’ ability to perceive and qualify sound similarities and differences. Our protocol will allow objective description and characterization of sounds (analysis of physical signal), as well as qualitative and quantitative analyses of its perceptual attributes. The test should initially be applicable to professional musicians and school-aged musicians, and then adapted and extended to the general population. A further hypothesis that attracts our interest is the relationship that might be established between the difficulty to identify / categorize sounds and the inability to implement universal identifiers as mental anchor points to music perception. In this context, we will consider individuals who suffer from communication disorders.