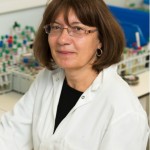 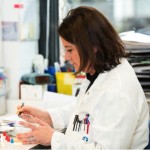 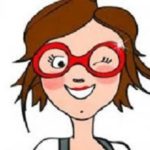 The Unit includes two National Reference Centers (CNR) and a WHO Collaborating Center. Our interests are the population dynamics of bacterial enteric pathogens such Salmonella, Shigella/Escherichia coli and Vibrio, with a special focus on antimicrobial-resistant populations. All modern aspects of bacterial biodiversity are considered with the purposes of designing new tools for molecular identification and typing of foodborne bacterial pathogens of concern. National Reference Center for Escherichia coli-Shigella-Salmonella. This center is in charge of the laboratory surveillance of salmonellosis, shigellosis and infections due to Shiga toxin-producing E. coli (haemorrhagic colitis and haemolytic and uremic syndromes) in France by performing serotyping of ≈12,000 clinical isolates each year. It also performs fine molecular fingerprinting (PFGE, MLVA, prophage typing) and has contributed to the development of a new typing method (MLST) and patented a new approach for the typing and the subtyping of Salmonella in a single step (based on the CRISPR polymorphism). Another mission is to monitor antimicrobial resistance and study the underlying molecular mechanisms. Two large scale comparative genomics study are ongoing. One deals with 160 genomes of Shigella dysenteriae type 1 (Shiga’s bacillus) isolated from 1915 to 2011 across the world and the other deals with 50 genomes of the highly-drug resistant Salmonella Kentucky ST198-X1 clone (1937-2013). This center has also developed collaborations with prestigious teams (Sanger Institute, Broad Institute) working on population genetics and comparative genomics of enteric pathogens, such as Salmonella Typhi and Paratyphi A, agents of typhoid and paratyphoid fever, Shigella sp, agents of bacterial dysentery or E. coli O104:H4, agent of the European outbreaks in 2011. National Reference Center for vibrios and cholera. The CNR-Vibrio participates in the surveillance of cholera and non-cholera Vibrio infections in France and collaborates with foreign countries subject to cholera outbreaks and with humanitarian non-governmental organizations. Vibrio strains are identified by phenotypical and molecular (rpoB, rrs) methods, serotyping, and virulence gene content. CNR-Vibrio also performs molecular fingerprinting (PFGE and ribotyping). It is involved in control of food-borne and water-borne contamination by Vibrio species of medical interest and develops methods improving detection and quantification of pathogenic Vibrio strains. WHO Collaborating Center for reference and research on Salmonella. The WHOCC for reference and research on Salmonella maintains and updates the White-Kauffmann-Le Minor scheme (http://www.pasteur.fr/ip/portal/action/WebdriveActionEvent/oid/01s-000036-089), which lists all known Salmonella antigenic formulae. This center provides expertise on serotyping and molecular typing to all National Reference Centers. Characterization of all serotypes by MLST, CRISPR spacer content, and flagellin genes sequences is ongoing.