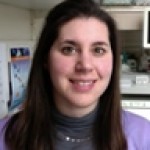 She joined the lab in 2011 for her Master project focuses on the role of the purinergic pathway during tuberculosis. She continued this project during her thesis, understanding the role of extracellular ATP on human macrophage response in the control of M. tuberculosis infection and the effect of CD73 deficiency in a murine model of TB infection.