Cryptococcus neoformans causes fatal meningoencephalitis. We discovered that morphotypes (yeast versus filament) profoundly shape cryptococcal interaction with various hosts. In a mammalian host, filamentation compromises cryptococcal ability to cause fatal diseases and induces sterilizing host immunity. During pulmonary infection, cryptococcal cells form big polyploid cells that exhibit increased resistance to host immune attack and are proposed to contribute to the latency of cryptococcal infection. Here we discovered that Cryptococcus cells polyploidize in response to genotoxic stresses that cause DNA double strand breaks in vitro. Intriguingly, meiosis-specific genes are activated in C. neoformans and contribute to ploidy reduction, both in vitro and during infection in mice. Strikingly, cryptococcal cells that activated their meiotic genes in mice showed increased phenotypic diversity comparing to sister cells recovered from the same host tissue but without activation of meiotic genes. Our findings in this eukaryotic microbe mirror the revolutionary discoveries of gametogenesis (polyploidization and meiosis-like process for ploidy reduction) in cancer cells, suggesting that the gametogenesis process itself could provide a general mechanism for rejuvenation in response to stress to promote individual survival 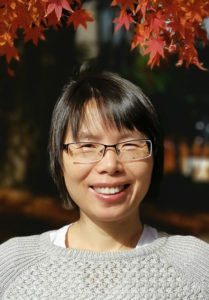