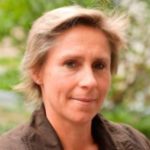 The goal of these grants is to encourage and promote scientific collaboration between groups of the Institut Pasteur and the Weizmann Institute of Science. Research groups in the two Institutes that share common scientific interests may submit a joint grant application. This year, the P-W Research Program will support two grants:-

Each project will be financed in the amount of 70,000 € per project per year (split equally between the two groups) and the duration of the funding will be 2 years. The major criteria for approval of a joint research grant will be the collaborative character of the project, its scientific excellence and the feasibility of the joint research.

Applications will be prepared jointly by the two PIs in English on the application template available below. Please, submit the filled template only by email as a single PDF document (PW 2023 names of both PIs.pdf) to  yael.karhash@weizmann.ac.il

Each Institute will appoint a local ad-hoc committee that will review the joint applications and rank them. The final decision on the allocation of support will be taken by the scientific committee of the Pasteur-Weizmann Council (see list below).

Extremely important for future efforts by P-W: A progress report should be prepared by the researchers and sent to the two coordinators by December 31th 2023. Final reports will be submitted no later than one month after the end of the supported period, December 31th 2024. In these reports (3 pages maximum), the researchers should: 1) Summarize their major findings and the new prospects opened by their results; 2) List the publications which resulted from the Joint Projects 3) Describe the way in which the Pasteur-Weizmann funds have been used and have helped render the collaboration more effective. Publications should acknowledge the support of the Weizmann Institute of Science and Institut Pasteur, as well as the Pasteur-Weizmann Council.