The E glycoprotein plays an essential role in the high pathogenicity of European-Mediterranean IS98 strain of West Nile virus. 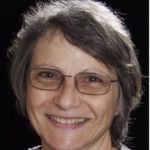 West Nile virus (WNV) is the most widespread arbovirus in the world. Several recent outbreaks and epizootics have been reported in Europe and the Mediterranean basin with increased virulence. In contrast to the well-characterized American and Australian strains, little is known about the virulence determinants of the WNV European-Mediterranean strains. To investigate the viral factors involved in the virulence of these strains, we generated chimeras between the highly neuropathogenic Israel 1998 (IS-98-ST1, IS98) strain and the non-pathogenic Malaysian Kunjin virus (KJMP-502). In vivo analyses in a mouse model of WNV pathogenesis shows that chimeric virus where KJMP-502 E glycoprotein was replaced by that of IS98 is neuropathogenic, demonstrating that this protein is a major virulence determinant. Presence of the N-glycosylation site had limited impact on virus virulence and the 5’UTR does not seem to influence pathogenesis. Finally, mice inoculated with KJMP-502 virus were protected against lethal IS98 infection.