Risk of yellow fever virus transmission in the Asia-Pacific region. 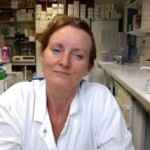 Historically endemic to Sub-Saharan Africa and South America, yellow fever is absent from the Asia-Pacific region. Yellow fever virus (YFV) is mainly transmitted by the anthropophilic Aedes mosquitoes whose distribution encompasses a large belt of tropical and sub tropical regions. Increasing exchanges between Africa and Asia have caused imported YFV incidents in non-endemic areas, which are threatening Asia with a new viral emergence. Here, using experimental infections of field-collected mosquitoes, we show that Asian-Pacific Aedes mosquitoes are competent vectors for YFV. We observe that Aedes aegypti populations from Singapore, Taiwan, Thailand, and New Caledonia are capable of transmitting YFV 14 days after oral infections, with a number of viral particles excreted from saliva reaching up to 23,000 viral particles. These findings represent the most comprehensive assessment of vector competence and show that Ae. aegypti mosquitoes from the Asia-Pacific region are highly competent to YFV, corroborating that vector populations are seemingly not a brake to the emergence of yellow fever in the region.