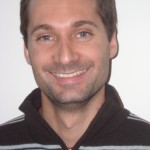 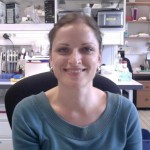 Type I interferon (IFN-I) responses are critical for the control of RNA virus infections, however, many viruses, including Dengue (DENV) and Chikungunya (CHIKV) virus, do not directly activate plasmacytoid dendritic cells (pDCs), robust IFN-I producing cells. Herein, we demonstrated that DENV and CHIKV infected cells are sensed by pDCs, indirectly, resulting in selective IRF7 activation and IFN-I production, in the absence of other inflammatory cytokine responses. To elucidate pDC immunomodulatory functions, we developed a mouse model in which IRF7 signaling is restricted to pDC. Despite undetectable levels of IFN-I protein, pDC-restricted IRF7 signaling controlled both viruses and was sufficient to protect mice from lethal CHIKV infection. Early pDC IRF7-signaling resulted in amplification of downstream antiviral responses, including an accelerated natural killer (NK) cell-mediated type II IFN response. These studies revealed the dominant, yet indirect role of pDC IRF7-signaling in directing both type I and II IFN responses during arbovirus infections.

https://www.ncbi.nlm.nih.gov/pubmed/29914621
Publié le: 19 Jun 2018 • Modifié le: 03 Jul 2020
We use cookies on our website to give you the most relevant experience by remembering your preferences and repeat visits. By clicking “Accept”, you consent to the use of ALL the cookies.
Cookie settingsACCEPT
Manage consent