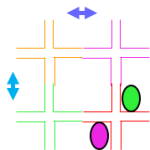 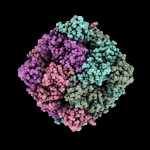 BACKGROUND: Genetic variation is an essential means of evolution and adaptation in many organisms in response to environmental change. Certain DNA alterations can be carried out by site-specific recombinases (SSRs) that fall into two families: the serine and the tyrosine recombinases. SSRs are seldom found in eukaryotes. A gene homologous to a tyrosine site-specific recombinase has been identified in the genome of Plasmodium falciparum. The sequence is highly conserved among five other members of Plasmodia.

METHODOLOGY/PRINCIPAL FINDINGS: The predicted open reading frame encodes for a ∼57 kDa protein containing a C-terminal domain including the putative tyrosine recombinase conserved active site residues R-H-R-(H/W)-Y. The N-terminus has the typical alpha-helical bundle and potentially a mixed alpha-beta domain resembling that of λ-Int. Pf-Int mRNA is expressed differentially during the P. falciparum erythrocytic life stages, peaking in the schizont stage. Recombinant Pf-Int and affinity chromatography of DNA from genomic or synthetic origin were used to identify potential DNA targets after sequencing or micro-array hybridization. Interestingly, the sequences captured also included highly variable subtelomeric genes such as var, rif, and stevor sequences. Electrophoretic mobility shift assays with DNA were carried out to verify Pf-Int/DNA binding. Finally, Pf-Int knock-out parasites were created in order to investigate the biological role of Pf-Int.

CONCLUSIONS/SIGNIFICANCE: Our data identify for the first time a malaria parasite gene with structural and functional features of recombinases. Pf-Int may bind to and alter DNA, either in a sequence specific or in a non-specific fashion, and may contribute to programmed or random DNA rearrangements. Pf-Int is the first molecular player identified with a potential role in genome plasticity in this pathogen. Finally, Pf-Int knock-out parasite is viable showing no detectable impact on blood stage development, which is compatible with such function.