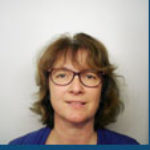 HIV-1 poorly infects monocyte-derived dendritic cells (MDDCs). This is in large part due to SAMHD1, which restricts viral reverse transcription. Pseudotyping HIV-1 with vesicular stomatitis virus G protein (VSV-G) strongly enhances infection, suggesting that earlier steps of viral replication, including fusion, are also inefficient in MDDCs. The site of HIV-1 fusion remains controversial and may depend on the cell type, with reports indicating that it occurs at the plasma membrane or, conversely, in an endocytic compartment. Here, we examined the pathways of HIV-1 entry in MDDCs. Using a combination of temperature shift and fusion inhibitors, we show that HIV-1 fusion mainly occurs at the cell surface. We then asked whether surface levels or intracellular localization of CD4 modulates HIV-1 entry. Increasing CD4 levels strongly enhanced fusion and infection with various HIV-1 isolates, including reference and transmitted/founder strains, but not with BaL, which uses low CD4 levels for entry. Overexpressing coreceptors did not facilitate viral infection. To further study the localization of fusion events, we generated CD4 mutants carrying heterologous cytoplasmic tails (LAMP1 or Toll-like receptor 7 [TLR7]) to redirect the molecule to intracellular compartments. The intracellular CD4 mutants did not facilitate HIV-1 fusion and replication in MDDCs. Fusion of an HIV-2 isolate with MDDCs was also enhanced by increasing surface CD4 levels. Our results demonstrate that MDDCs are inefficiently infected by various HIV-1 and HIV-2 strains, in part because of low CD4 levels. In these cells, viral fusion occurs mainly at the surface, and probably not after internalization.IMPORTANCE Dendritic cells (DCs) are professional antigen-presenting cells inducing innate and adaptive immune responses. DCs express the HIV receptor CD4 and are potential target cells for HIV. There is debate about the sensitivity of DCs to productive HIV-1 and HIV-2 infection. The fusion step of the viral replication cycle is inefficient in DCs, and the underlying mechanisms are poorly characterized. We show that increasing the levels of CD4 at the plasma membrane allows more HIV fusion and productive infection in DCs. We further demonstrate that HIV fusion occurs mainly at the cell surface and not in an intracellular compartment. Our results help us understand why DCs are poorly sensitive to HIV infection.