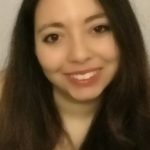 Background: The Thailand-Myanmar borderland is an area endemic for malaria where transmission is low, seasonal and unstable. The epidemiology has been described but there is relatively few data on the entomological determinants of malaria transmission. Methods: Entomological investigations were conducted during 24 months in four villages located in Kayin state, on the Myanmar side of the Thailand-Myanmar border. Anopheles mosquitoes were identified by morphology, and molecular assays were used in order to discriminate between closely related sibling species of malaria vectors. Plasmodium infection rate was determined using quantitative real-time PCR. Results: The diversity of Anopheles mosquitoes was very high and multiple species were identified as malaria vectors. The intensity of human-vector contact (mean human-biting rate= 369 bites/person/month) compensates for the low infection rate in naturally infected populations of malaria vectors (mean sporozoite index= 0.04 and 0.17 % for P. falciparum and P. vivax respectively), yielding intermediary level of transmission intensity (mean entomological inoculation rate= 0.13 and 0.64 infective bites/person/month for P. falciparum and P. vivax, respectively). Only 36% of the infected mosquitoes were collected indoors between 09:00 pm and 05:00 am, suggesting that mosquito bed-nets would fail to prevent most of the infective bites in the study area. Conclusion: This study provided a unique opportunity to describe the entomology of malaria in low transmission settings of Southeast Asia. Our data are important in the context of malaria elimination in the Greater Mekong Subregion.