Cleavage of hemagglutinin-bearing lentiviral pseudotypes and their use in the study of influenza virus persistence. 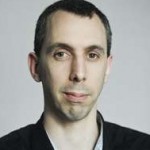 Influenza A viruses (IAVs) are a major cause of infectious respiratory human diseases and their transmission is dependent upon the environment. However, the role of environmental factors on IAV survival outside the host still raises many questions. In this study, we used lentiviral pseudotypes to study the influence of the hemagglutinin protein in IAV survival. High-titered and cleaved influenza-based lentiviral pseudoparticles, through the use of a combination of two proteases (HAT and TMPRSS2) were produced. Pseudoparticles bearing hemagglutinin proteins derived from different H1N1, H3N2 and H5N1 IAV strains were subjected to various environmental parameters over time and tested for viability through single-cycle infectivity assays. We showed that pseudotypes with different HAs have different persistence profiles in water as previously shown with IAVs. Our results also showed that pseudotypes derived from H1N1 pandemic virus survived longer than those derived from seasonal H1N1 virus from 1999, at high temperature and salinity, as previously shown with their viral counterparts. Similarly, increasing temperature and salinity had a negative effect on the survival of the H3N2 and H5N1 pseudotypes. These results showed that pseudotypes with the same lentiviral core, but which differ in their surface glycoproteins, survived differently outside the host, suggesting a role for the HA in virus stability.