Leprosy is an infectious, neurodegenerative disease of humans caused by Mycobacterium leprae. Despite effective control programs, the incidence of leprosy remains stubbornly high, suggesting that transmission may be more common than expected. The rationale of this work was to use bioinformatics and comparative genomics to identify potentially antigenic proteins for diagnostic purposes. This approach defined three classes of proteins: those restricted to M. leprae (class I), those present in M. leprae with orthologues in other organisms besides mycobacteria (class II), and exported or surface-exposed proteins (class III). Twelve genes (two class I, four class II, and six class III proteins) were cloned in Escherichia coli, and their protein products were purified. Six of these proteins were detected in cell extracts of M. leprae by immunoblotting. The immunogenicity of each recombinant protein was then investigated in leprosy patients by measuring the reactivity of circulating antibody and gamma interferon (IFN-gamma) responses in T-cell restimulation assays. Several class II and class III proteins were recognized by circulating antibodies. Importantly, most class II proteins elicited IFN-gamma responses that were significantly stronger than those produced by previously identified antigens. Among them, two class II proteins, ML0308 and ML2498, showed marked humoral and cellular immunogenicity, therefore providing promising candidates for the diagnosis of both tuberculoid and lepromatous forms of leprosy. 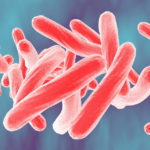