A Comparative Study on the Efficiency of Two Mycobacterium avium subsp. paratuberculosis (MAP)-Derived Lipopeptides of L3P and L5P as Capture Antigens in an In-House Milk ELISA Test. 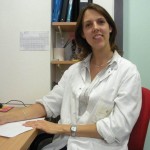 Mycobacterium avium subsp. paratuberculosis (MAP) surface-exposed lipopeptides could be specific capture-antigen molecules targeting antibodies against MAP, in milk, through ELISA. Previous studies have revealed that MAP strains, isolated from sheep (S) or cow (C), could produce specific lipopeptides, L3P or L5P, respectively. In this study, we used L3P and L5P as capture antigens in an in-house milk ELISA (H-MELISA) to assess how these antigens perform, in comparison with other ELISA tests, on well-defined milk samples from MAP-infected sheep. The overall positivity rates of H-MELISA via L3P and L5P varied by the source of milk samples, in which, at bulk-tank-milk (BTM) level, the majority of positive cases (63.83%) reacted more against L5P, whereas a predominant number (69.14%) of milk samples were more responsive against L3P at the individual level. To clarify whether the positivity status of milk samples in H-MELISA L3P/L5P were predictive of MAP strain-types (S/C), strain-typing was carried out using PCR IS1311-restriction enzyme analysis. Although the presence of three MAP strains (S/C/bison types) was detected among the milk samples, the C-type (46.67%) and S-type (75%) MAP strains were detected with higher incidence among BTMs and individual milk samples, respectively. However, further examination on the H-MELISA L3P/L5P-positivity pattern of each C/S-type-MAP sample revealed that some samples had a reverse reactivity against both L3P and L5P. These results could be the consequence of either cross-reactivity between L3P and L5P (due to the similarity in the structures of the two epitopes) or simply a within-herd mixed infection with MAP strains of C and S types. These findings suggest that lipopeptide antigens could contribute a diagnostic test with optimal performance, considering the diversity of MAP strains.