INDUCE: INciDence and conseqUenCes of sEpsis in France 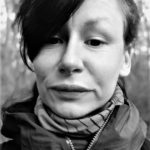 As recently acknowledged by the WHO, sepsis is the number one killer from infectious diseases, mostly bacterial infections, and as such has emerged as a major public health priority.  Global estimates ascribe to sepsis 30 million cases annually and approximately 6 million deaths worldwide. The WHO thus urges member states to increasing efforts towards obtaining better knowledge of the syndrome through improved education, extending prevention, and research on diagnostics and therapeutic management of sepsis.

The INDUCE project aims at filling the knowledge gap on the epidemiology of sepsis in France, building on the PHIBRA program which aims to investigate the epidemiology of various infections as well as the impact of bacterial resistance to antibiotics, and will allow studying the incidence as well as the short and long-term outcomes of patients affected by bacterial sepsis in France.