I joined the Institut Pasteur in 2008 as a research technician in the Dynamics of Developmental Decisions in Drosophila unit directed by François Schweisguth. Thanks to the successful outcome of projects as well as the EPHE diploma, I became a research engineer in 2016. I have also obtained my PhD in 2021 through the VAE (validation of acquired experience) at Université de Paris Cité. Since 2008, I worked on several reserach projects, most notably on the cell biology of Notch in the context of asymmetric cell division (Couturier et al. NCB 2012; Couturier et al., CurrBiol 2013; Couturier et al., JCB 2014) and on Notch dynamics in the context on bristle patterning (Corson, Couturier et al. Science 2017; Couturier et al. Nature Communication 2019). After being fulfilled in François Schweisguth’s laboratory, I am very happy to work in the Biology of Infection unit on Listeria monocytogenes projects since January 2022. 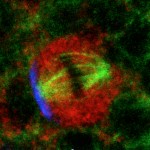 Asymmetric Cell Division (ACD) is a simple and conserved mechanism to generate cell diversity during embryogenesis and throughout adult life. In this process, a mother cell divides to generate two daughter cells with distinct […] 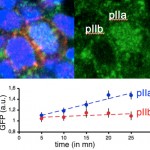 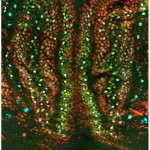