The emergence of HIV and viral hepatitis in Central Africa 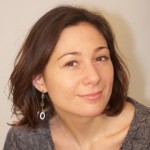 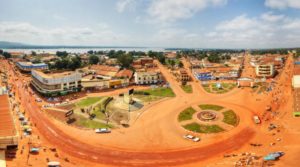 The INCEPTION program, supported by the Institut Convergence Investing in the Future call, is organizing a new event entitled “The Emergence of HIV and viral hepatitis in central Africa: a cross-disciplinary exchange”, to be held on Monday March 25, 2019, at 4pm in the Auditorium of the François Jacob building at the Institut Pasteur.

This second “Dialogues” seminar will feature three leading researchers on HIV and viral hepatitis in Africa: Epidemiologist-physician Jacques Pépin, historian Guillaume Lachenal, and virologist François Simon (who will moderate). The history of the emergence and expansion of these viruses has attracted the attentions of biomedical and social sciences researchers. Our presenters and moderator have all collaborated in cross-disciplinary research around these developments. This seminar, will explore the history of this emergence and expanded transmission, but also the promises and tensions of cross-disciplinary collaborations. Presentations will be in French, and discussion in French and English. Participants should come with questions and be prepared for a lively and challenging discussion.

The “Dialogues between the Biomedical and Social Sciences” series is funded by the ANR Investissements d’Avenir. It brings leading researchers to Institut Pasteur to discuss their work related to the primary concerns around emergence of the Inception program and highlights the potential interactions and complementarities between biomedical and social sciences.

You will find below the biographies of the speakers. To register (if you are external to the Institut Pasteur) and more information, please contact Marina Caillet (marina.caillet@pasteur.fr).

Jacques Pepin is an infectiologist and epidemiologist. He began his career as a bush doctor in Zaire, then as a researcher in The Gambia. After a university position in Canada, he has long conducted research on sleeping sickness, and for 15 years on the role of medical interventions in the early emergence of HIV. He is the author of ‘The Origins of AIDS’ published in 2011.

Guillaume Lachenal is a senior lecturer in the history of science at Paris Diderot University. His research focuses on the history of medicine and epidemics in Africa. He published ” Le médicament qui devait sauver l’Afrique” (La Découverte, 2014) and “Le médecin qui voulut être roi ” (Le Seuil, 2017). During these discussions, he will continue the reflection initiated by Jacques Pépin, discussing, with regard to HIV, HCV and other pathogens, the renewal brought by the tools of molecular phylogeny in the dialogue between history, epidemiology and biology.

François Simon MD/PhD is a Professor at the Faculty of Medicine Paris Diderot and Chief of the Microbiology department at Hospital Saint Louis in Paris. Professor Simon specialized in virology, in the field of molecular epidemiology, with particular focus on identification and characterization of HIV variant strains.  He described the first cases of infections by HIV-1 group N and group P and has also been involved in the characterization of HIV-1 group O and HIV-2 infections. Professor Simon is the former chief of the Retrovirology department in CIRMF, Gabon and the former Director General of the Pasteur Institute in Dakar. His current work focuses on the consequences of the diversity of HIV in diagnosis and management of patients. Professor Simon has actively participated in numerous collaborative studies and training/education programs in Africa.  This has provided him with a unique understanding of   the specific needs of these countries to fight the HIV e