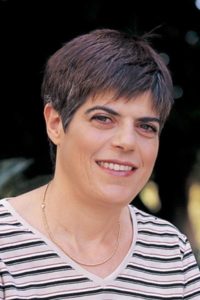 From  Department of Molecular Genetics, Weizmann Insitute of Science – Israel

Abstract : Mutation rate balances the need to protect genome integrity with the advantage of evolutionary innovations. Microorganisms increase their mutation rate when stressed, perhaps addressing the growing need for evolutionary innovation. Such a strategy, however, is only beneficial under moderate stresses that allow cells to divide and realize their mutagenic potential. In contrast, severe stresses rapidly kill the majority of the population with the exception of a small minority of cells that are in a phenotypically distinct state termed persistence. Although persisters were discovered many decades ago, the stochastic event triggering persistence is poorly understood. We report that spontaneous DNA damage triggers persistence in Saccharomyces cerevisiae by activating the general stress response, providing protection against a range of harsh stress and drug environments. We further show that the persister subpopulation carries an increased load of genetic variants in the form of insertions, deletions or large structural variations, which are unrelated to their stress survival. This coupling of DNA damage to phenotypic persistence may increase genetic diversity specifically in severe stress conditions, where diversity is beneficial but the ability to generate de novo mutations is limited.