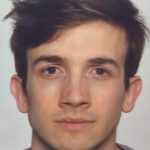 The lncRNA Xist forms ∼50 diffraction-limited foci to transcriptionally silence one X chromosome. How this small number of RNA foci and interacting proteins regulate a much larger number of X-linked genes is unknown. We show that Xist foci are locally confined, contain ∼2 RNA molecules, and nucleate supramolecular complexes (SMACs) that include many copies of the critical silencing protein SPEN. Aggregation and exchange of SMAC proteins generate local protein gradients that regulate broad, proximal chromatin regions. Partitioning of numerous SPEN molecules into SMACs is mediated by their intrinsically disordered regions and essential for transcriptional repression. Polycomb deposition via SMACs induces chromatin compaction and the increase in SMACs density around genes, which propagates silencing across the X chromosome. Our findings introduce a mechanism for functional nuclear compartmentalization whereby crowding of transcriptional and architectural regulators enables the silencing of many target genes by few RNA molecules.