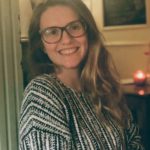 The pathogenic yeast Cryptococcus neoformans secretes numerous proteins, such as heat shock proteins, by unconventional mechanisms during its interaction with host cells. Hsp70 is a conserved chaperone that plays important roles in various cellular processes, including the interaction of fungi with host immune cells. Here, we report that sera from individuals with cryptococcosis infection recognize a recombinant C. neoformans Hsp70 (Cn_rHsp70). Moreover, immunofluorescence assays using antibodies against Cn_rHsp70 revealed the localization of this protein at the cell surface mainly in association with the capsular network. We found that the addition of Cn_rHsp70 positively modulated the interaction of C. neoformans with human alveolar epithelial cells and decreased fungal killing by mouse macrophages, without affecting phagocytosis rates. Immunofluorescence analysis showed that there was a competitive association among the receptor, GXM and Cn_rHsp70, indicating that the Hsp70-binding sites in host cells appear to be shared by glucuronoxylomannan (GXM), the major capsular antigen in C. neoformans. Our observations suggest additional mechanisms by which Hsp70 influences the interaction of C. neoformans with host cells.