Tetanus Toxin Synthesis is Under the Control of A Complex Network of Regulatory Genes in Clostridium tetani. 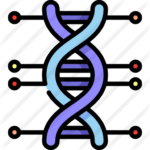 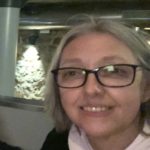 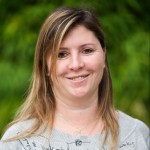 Clostridium tetani produces a potent neurotoxin, the tetanus toxin (TeNT), which is responsible for an often-fatal neurological disease (tetanus) characterized by spastic paralysis. Prevention is efficiently acquired by vaccination with the TeNT toxoid, which is obtained by C.tetani fermentation and subsequent purification and chemical inactivation. C.tetani synthesizes TeNT in a regulated manner. Indeed, the TeNT gene (tent) is mainly expressed in the late exponential and early stationary growth phases. The gene tetR (tetanus regulatory gene), located immediately upstream of tent, encodes an alternative sigma factor which was previously identified as a positive regulator of tent. In addition, the genome of C.tetani encodes more than 127 putative regulators, including 30 two-component systems (TCSs). Here, we investigated the impact of 12 regulators on TeNT synthesis which were selected based on their homology with related regulatory elements involved in toxin production in other clostridial species. Among nine TCSs tested, three of them impact TeNT production, including two positive regulators that indirectly stimulate tent and tetR transcription. One negative regulator was identified that interacts with both tent and tetR promoters. Two other TCSs showed a moderate effect: one binds to the tent promoter and weakly increases the extracellular TeNT level, and another one has a weak inverse effect. In addition, CodY (control of dciA (decoyinine induced operon) Y) but not Spo0A (sporulation stage 0) or the DNA repair protein Mfd (mutation frequency decline) positively controls TeNT synthesis by interacting with the tent promoter. Moreover, we found that inorganic phosphate and carbonate are among the environmental factors that control TeNT production. Our data show that TeNT synthesis is under the control of a complex network of regulators that are largely distinct from those involved in the control of toxin production in Clostridium botulinum or Clostridium difficile.