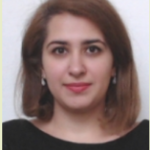 Streptococcus pyogenes (Group A streptococcus; GAS) is an important human pathogen responsible for mild to severe, life-threatening infections. GAS expresses a wide range of virulence factors, including the M family proteins. The M proteins allow the bacteria to evade parts of the human immune defenses by triggering the formation of a dense coat of plasma proteins surrounding the bacteria, including IgGs. However, the molecular level details of the M1-IgG interaction have remained unclear. Here, we characterized the structure and dynamics of this interaction interface in human plasma on the surface of live bacteria using integrative structural biology, combining cross-linking mass spectrometry and molecular dynamics (MD) simulations. We show that the primary interaction is formed between the S-domain of M1 and the conserved IgG Fc-domain. In addition, we show evidence for a so far uncharacterized interaction between the A-domain and the IgG Fc-domain. Both these interactions mimic the protein G-IgG interface of group C and G streptococcus. These findings underline a conserved scavenging mechanism used by GAS surface proteins that block the IgG-receptor (FcγR) to inhibit phagocytic killing. We additionally show that we can capture Fab-bound IgGs in a complex background and identify XLs between the constant region of the Fab-domain and certain regions of the M1 protein engaged in the Fab-mediated binding. Our results elucidate the M1-IgG interaction network involved in inhibition of phagocytosis and reveal important M1 peptides that can be further investigated as future vaccine targets.