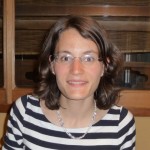 Shigella is a leading cause of dysentery worldwide, with the majority of infections caused by two subgroups, S. flexneri and S. sonnei. Although S. flexneri has been highly prevalent in low-income countries, global development has brought an increase in S. sonnei at the expense of S. flexneri. However, the mechanisms behind this shift are not understood. Here we report that S. sonnei, but not S. flexneri, encodes a type VI secretion system (T6SS) that provides a competitive advantage in the gut. S. sonnei competes against E. coli and S. flexneri in mixed cultures, but this advantage is reduced in T6SS mutant strains. In addition, S. sonnei can persist as well as outcompete E. coli and S. flexneri in mice in a T6SS-dependent manner. These findings suggest that S. sonnei has a competitive advantage over S. flexneri and potentially explain the increasing global prevalence of S. sonnei.