RSH enzyme diversity for (p)ppGpp metabolism in Phaeodactylum tricornutum and other diatoms. 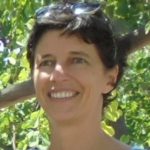 The nucleotides guanosine tetraphosphate and pentaphosphate (together known as (p)ppGpp or magic spot) are produced in plant plastids from GDP/GTP and ATP by RelA-SpoT homologue (RSH) enzymes. In the model plant Arabidopsis (p)ppGpp regulates chloroplast transcription and translation to affect growth, and is also implicated in acclimation to stress. However, little is known about (p)ppGpp metabolism or its evolution in other photosynthetic eukaryotes. Here we studied (p)ppGpp metabolism in the marine diatom Phaeodactylum tricornutum. We identified three expressed RSH genes in the P. tricornutum genome, and determined the enzymatic activity of the corresponding enzymes by heterologous expression in bacteria. We showed that two P. tricornutum RSH are (p)ppGpp synthetases, despite substitution of a residue within the active site believed critical for activity, and that the third RSH is a bifunctional (p)ppGpp synthetase and hydrolase, the first of its kind demonstrated in a photosynthetic eukaryote. A broad phylogenetic analysis then showed that diatom RSH belong to novel algal RSH clades. Together our work significantly expands the horizons of (p)ppGpp signalling in the photosynthetic eukaryotes by demonstrating an unexpected functional, structural and evolutionary diversity in RSH enzymes from organisms with plastids derived from red algae.