Porencephaly and cortical dysplasia as cause of seizures in a dog 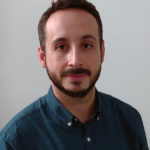 BACKGROUND: Seizures are a common problem in small animal neurology and it may be related to underlying diseases. Porencephaly is an extremely rare disorder, and in Veterinary Medicine it affects more often ruminants, with only few reports in dogs.

CASE PRESENTATION: A one-year-old intact male Shih-Tzu dog was referred to Veterinary University Hospital with history of abnormal gait and generalized tonic-clonic seizures. Signs included hypermetria, abnormal nystagmus and increased myotatic reflexes. At necropsy, during the brain analysis, a cleft was observed in the left parietal and occipital lobes, creating a communication between the subarachnoid space and the left lateral ventricle, consistent with porencephaly; and also a focal atrophy of the caudal paravermal and vermal portions of the cerebellum. Furthermore, the histological examination showed cortical and cerebellar neuronal dysplasia.

CONCLUSIONS: Reports of seizures due to porencephaly are rare in dogs. In this case, the dog presented a group of brain abnormalities which per se or in assemblage could result in seizure manifestation.