Novel cationic bis(acylhydrazones) as modulators of Epstein-Barr virus immune evasion acting through disruption of interaction between nucleolin and G-quadruplexes of EBNA1 mRNA. 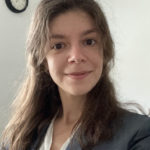 The oncogenic Epstein-Barr virus (EBV) evades the immune system through limiting the expression of its highly antigenic and essential genome maintenance protein, EBNA1, to the minimal level to ensure viral genome replication, thereby also minimizing the production of EBNA1-derived antigenic peptides. This regulation is based on inhibition of translation of the virally-encoded EBNA1 mRNA, and involves the interaction of host protein nucleolin (NCL) with G-quadruplex (G4) structures that form in the glycine-alanine repeat (GAr)-encoding sequence of the EBNA1 mRNA. Ligands that bind to these G4-RNA can prevent their interaction with NCL, leading to disinhibition of EBNA1 expression and antigen presentation, thereby interfering with the immune evasion of EBNA1 and therefore of EBV (M.J. Lista et al., Nature Commun., 2017, 8, 16043). In this work, we synthesized and studied a series of 20 cationic bis(acylhydrazone) derivatives designed as G4 ligands. The in vitro evaluation showed that most derivatives based on central pyridine (Py), naphthyridine (Naph) or phenanthroline (Phen) units were efficient G4 binders, in contrast to their pyrimidine (Pym) counterparts, which were poor G4 binders due to a significantly different molecular geometry. The influence of lateral heterocyclic units (N-substituted pyridinium or quinolinium residues) on G4-binding properties was also investigated. Two novel compounds, namely PyDH2 and PhenDH2, used at a 5 μM concentration, were able to significantly enhance EBNA1 expression in H1299 cells in a GAr-dependent manner, while being significantly less toxic than the prototype drug PhenDC3 (GI50 > 50 μM). Antigen presentation, RNA pull-down and proximity ligation assays confirmed that the effect of both drugs was related to the disruption of NCL-EBNA1 mRNA interaction and the subsequent promotion of GAr-restricted antigen presentation. Our work provides a novel modular scaffold for the development of G-quadruplex-targeting drugs acting through interference with G4-protein interaction.