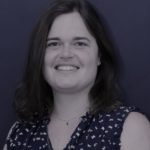 Mucosal associated invariant T cells (MAIT) are innate T lymphocytes that detect a large variety of bacteria and yeasts. This recognition depends on the detection of microbial compounds presented by the evolutionarily conserved major-histocompatibility-complex (MHC) class I molecule, MR1. Here we show that MAIT cells display cytotoxic activity towards MR1 overexpressing non-hematopoietic cells cocultured with bacteria. The NK receptor, CD161, highly expressed by MAIT cells, modulated the cytokine but not the cytotoxic response triggered by bacteria infected cells. MAIT cells are also activated by and kill epithelial cells expressing endogenous levels of MRI after infection with the invasive bacteria Shigella flexneri. In contrast, MAIT cells were not activated by epithelial cells infected by Salmonella enterica Typhimurium. Finally, MAIT cells are activated in human volunteers receiving an attenuated strain of Shigella dysenteriae-1 tested as a potential vaccine. Thus, in humans, MAIT cells are the most abundant T cell subset able to detect and kill bacteria infected cells.