e.g. searching for members in projects tagged cancer
Search for
Count
IN
OUT
Content 1
Content 2
Search
Go back
Scroll to top
Share
[An unexpected role for neutrophils in anaphylaxis]
Length variations in the NA stalk of an H7N1 influenza virus have opposite effects on viral excretion in chickens and ducks
© Research
Publication : PLoS pathogens 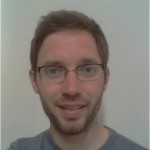 Chikungunya virus (CHIKV) is a re-emerging alphavirus that has caused significant disease in the Indian Ocean region since 2005. During this outbreak, in addition to fever, rash and arthritis, severe cases of CHIKV infection have been observed in infants. Challenging the notion that the innate immune response in infants is immature or defective, we demonstrate that both human infants and neonatal mice generate a robust type I interferon (IFN) response during CHIKV infection that contributes to, but is insufficient for, the complete control of infection. To characterize the mechanism by which type I IFNs control CHIKV infection, we evaluated the role of ISG15 and defined it as a central player in the host response, as neonatal mice lacking ISG15 were profoundly susceptible to CHIKV infection. Surprisingly, UbE1L⁻/⁻ mice, which lack the ISG15 E1 enzyme and therefore are unable to form ISG15 conjugates, displayed no increase in lethality following CHIKV infection, thus pointing to a non-classical role for ISG15. No differences in viral loads were observed between wild-type (WT) and ISG15⁻/⁻ mice, however, a dramatic increase in proinflammatory cytokines and chemokines was observed in ISG15⁻/⁻ mice, suggesting that the innate immune response to CHIKV contributes to their lethality. This study provides new insight into the control of CHIKV infection, and establishes a new model for how ISG15 functions as an immunomodulatory molecule in the blunting of potentially pathologic levels of innate effector molecules during the host response to viral infection.