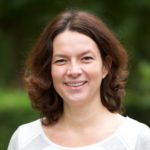 BACKGROUND: Mucopolysaccharidosis type IIIB syndrome (also known as Sanfilippo type B syndrome) is a lysosomal storage disease resulting in progressive deterioration of cognitive acquisition after age 2-4 years. No treatment is available for the neurological manifestations of the disease. We sought to assess the safety and efficacy of a novel intracerebral gene therapy.

FINDINGS: Of seven eligible children, the four youngest, from France (n=2), Italy (n=1), and Greece (n=1), aged 20, 26, 30, and 53 months, were included between February, 2012, and February, 2014. 125 adverse events were recorded, of which 117 were treatment emergent and included six classified as severe, but no suspected unexpected serious adverse drug reactions were seen. Vector genomes were detected in blood for 2 days after surgery. Compared with the natural history of mucopolysaccharidosis type III syndromes, neurocognitive progression was improved in all patients, with the youngest patient having function close to that in healthy children. Decrease in developmental quotient was -11·0 points in patient one, -23·0 in patient two, -29·0 in patient three, and -17·0 in patient four, compared with -37·7 in the natural history of the disease. NAGLU activity was detected in lumbar CSF and was 15-20% of that in unaffected children. Circulating T lymphocytes that proliferated and produced tumour necrosis factor α upon ex-vivo exposure to NAGLU antigens were detectable at 1-12 months and 3-12 months, respectively, but not at 30 months in three of four patients.