Increased production of interferon-gamma by Leishmania homologue of the mammalian receptor for activated C kinase-reactive CD4+ T cells among human blood mononuclear cells: an early marker of exposure to Leishmania? 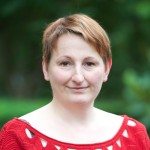 A prospective study was undertaken to define early predictive immunological marker(s) of exposure to Leishmania in naïve subjects who have never been exposed to any Leishmania and who were also free of any cutaneous leishmaniasis lesions. These naïve subjects could have been exposed to Leishmania in a rain forest where Leishmania guyanensis and their natural vectors and mammalian host are cocirculating. The production of interferon (IFN)-gamma in response to the Leishmania homologue of the mammalian receptor for activated c kinase (LACK), a candidate for vaccine against leishmaniasis was analysed. At the end of their stay in the rain forest, LACK-specific CD8+ T cells were detected in subjects whose peripheral blood mononuclear cell (PBMC) produced IFN-gamma in response to soluble Leishmania antigens (SLA) and in those whose PBMC remained unresponsive to SLA. However, LACK-specific CD4+ T cells were detected only in PBMCs from individuals who became IFN-gamma responders to SLA. In subjects whose PBMC became positive to SLA, LACK-reactive CD4+ T cells producing high level of IFN-gamma were detectable before the SLA-reactive IFN-gamma producing CD4+ T cells, suggesting that the former readout assay could be used as an early predictive immunological marker of exposure to Leishmania in subjects who remained disease free.