e.g. searching for members in projects tagged cancer
Search for
Count
IN
OUT
Content 1
Content 2
Search
Go back
Scroll to top
Share
An epigenetic clock analysis of race/ethnicity, sex, and coronary heart disease
Zika Virus, a New Threat for Europe?
© Research
Publication : The Journal of neuroscience : the official journal of the Society for Neuroscience 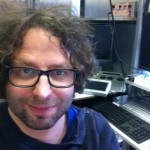 UNLABELLED: Sensory perception emerges from the confluence of sensory inputs that encode the composition of external environment and top-down feedback that conveys information from higher brain centers. In olfaction, sensory input activity is initially processed in the olfactory bulb (OB), serving as the first central relay before being transferred to the olfactory cortex. In addition, the OB receives dense connectivity from feedback projections, so the OB has the capacity to implement a wide array of sensory neuronal computation. However, little is known about the impact and the regulation of this cortical feedback. Here, we describe a novel mechanism to gate glutamatergic feedback selectively from the anterior olfactory cortex (AOC) to the OB. Combining in vitro and in vivo electrophysiological recordings, optogenetics, and fiber-photometry-based calcium imaging applied to wild-type and conditional transgenic mice, we explore the functional consequences of circuit-specific GABA type-B receptor (GABABR) manipulation. We found that activation of presynaptic GABABRs specifically depresses synaptic transmission from the AOC to OB inhibitory interneurons, but spares direct excitation to principal neurons. As a consequence, feedforward inhibition of spontaneous and odor-evoked activity of principal neurons is diminished. We also show that tunable cortico-bulbar feedback is critical for generating beta, but not gamma, OB oscillations. Together, these results show that GABABRs on cortico-bulbar afferents gate excitatory transmission in a target-specific manner and thus shape how the OB integrates sensory inputs and top-down information.

SIGNIFICANCE STATEMENT: The olfactory bulb (OB) receives top-down inputs from the olfactory cortex that produce direct excitation and feedforward inhibition onto mitral and tufted cells, the principal neurons. The functional role of this feedback and the mechanisms regulating the balance of feedback excitation and inhibition remain unknown. We found that GABAB receptors are expressed in cortico-bulbar axons that synapse on granule cells and receptor activation reduces the feedforward inhibition of spontaneous and odor-driven mitral and tufted cells’ firing activity. In contrast, direct excitatory inputs to these principal neurons remain unchanged. This study demonstrates that activation of GABAB receptors biases the excitation/inhibition balance provided by cortical inputs to the OB, leading to profound effects on early stages of sensory information processing.