Feasibility of dried blood spots for HIV viral load monitoring in decentralized area in North Vietnam in a test-and-treat era, the MOVIDA project. 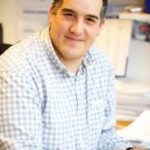 Access to HIV viral load is crucial to efficiently monitor patients on antiretroviral treatment (ART) and prevent HIV drug resistance acquisition. However, in some remote settings, access to viral load monitoring is still complex due to logistical and financial constraints. Use of dried blood spots (DBS) for blood collection could overcome these difficulties. This study aims to describe feasibility and operability of DBS use for routine viral load monitoring.From June 2017 to April 2018, HIV-infected adults who initiated ART were enrolled in a prospective cohort in 43 clinical sites across 6 provinces in North Vietnam. Following national guidelines, the first viral load monitoring was planned 6 months after ART initiation. DBS were collected at the clinical site and sent by post to a central laboratory in Hanoi for viral load measurement.Of the 578 patients enrolled, 537 were still followed 6 months after ART initiation, of which DBS was collected for 397 (73.9%). The median (inter quartile range) delay between DBS collection at site level and reception at the central laboratory was 8 (6-19) days and for 70.0% viral load was measured ≤30 days after blood collection. The proportion of patients with viral load ≥1000 copies/mL at the 6 month evaluation was 15.9% (n = 59). Of these, a DBS was collected again to confirm virological failure in 15 (24.4%) of which virological failure was confirmed in 11 (73.3%).Delay of DBS transfer to the central laboratory was acceptable and most viral loads were measured in ≤30 days, in-line with routine follow-up. However, the level of DBS coverage and the proportion of patients in failure for whom a confirmatory viral load was available were suboptimal, indicating that integration of viral load monitoring in the field requires, among other things, careful training and strong involvement of the local teams. The proportion of patients experiencing virological failure was in line with other reports; interestingly those who reported being non-adherent and those with a low BMI were more at risk of failure.